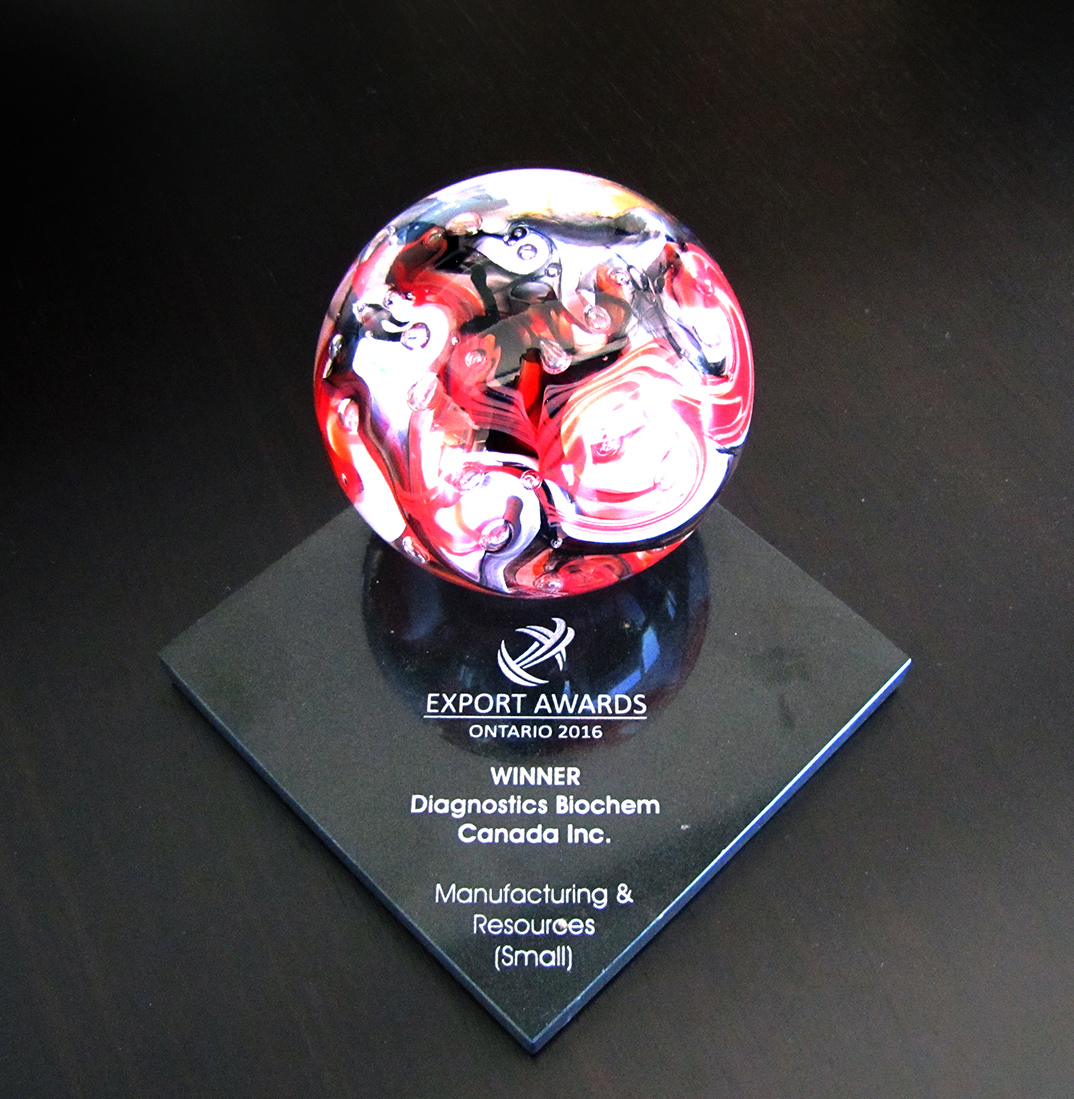 Mississauga, ON - Diagnostics Biochem Canada Inc. was honoured this last November at the 2016 Ontario Export Awards.

"Presented by CanadianManufacturing.com, the Ontario Export Awards are a division of the Canada Export Awards, which have been hosting provincial ceremonies in B.C. and Alberta for over a decade. Following on the success of B.C. and Alberta, 2014 was the inaugural year in Ontario and the response was overwhelming. The Ontario Export Awards may be considered the province’s most prestigious awards paying tribute to the innovative approaches and contributions of Ontario export companies and the individuals who create those success stories."
- source: http://www.ontarioexportawards.com/about-the-awards/